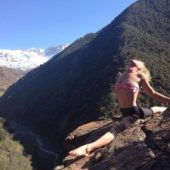 “I have been practising yoga for over fifteen years, after years of gymnastics, capoeira, and running I had managed to accumulate injuries and I found yoga was the best way to physically maintain my muscles, joints and overall body. The more I practised I noticed how grounded, connected and calm I was after yoga. In time the physical rewards became secondary to the mental and spiritual impact of my practice. Yoga became an integral part of my life.”Dearbhla Glynn

Dearbhla, under the teachings and encouragement of Greg Walsh and Nikki Cousins, began to deepen her knowledge and practice. Practising both Iyengar and Ashtanga yoga she developed a practice that suited her body and mind. Dearbhla found her way to Vinyasa through the great teachings of Rohan Hennessy and Elena Moreo, who have both taught her extensively. She has been practising with Rohan for the last seven years and has found that Vinyasa resonates deeply with her. Through the 300 hours of advanced teacher training in the Elbow Room, Dearbhla has trained with movement practitioners Gary Carter, Susan Church and Yin practitioner Josh Summers. Dearbhla loves the effect Yin yoga has on her body and mind and it has become a deep part of her daily practice.
She currently practice and teach Vinyasa, Yin and Restorative yoga.

“I believe through the practice of yoga we can find balance, clarity and stillness of the mind.”